At the Milan Show in September 2003, Gios exhibited this limited edition steel frameset. Titled SUPER RECORD 1978-1983 GIOS VINTAGE this one is size 60cm No.10 of 100 produced.

When confirming the order with sig.Alfredo Gios, I checked the seat post size, width of rear ends etc and he said “It is built for current 9/10 speed as no-one has the old parts to build it up with” I confirmed that I had complete gruppi new and boxed at which he gave a wry grin. 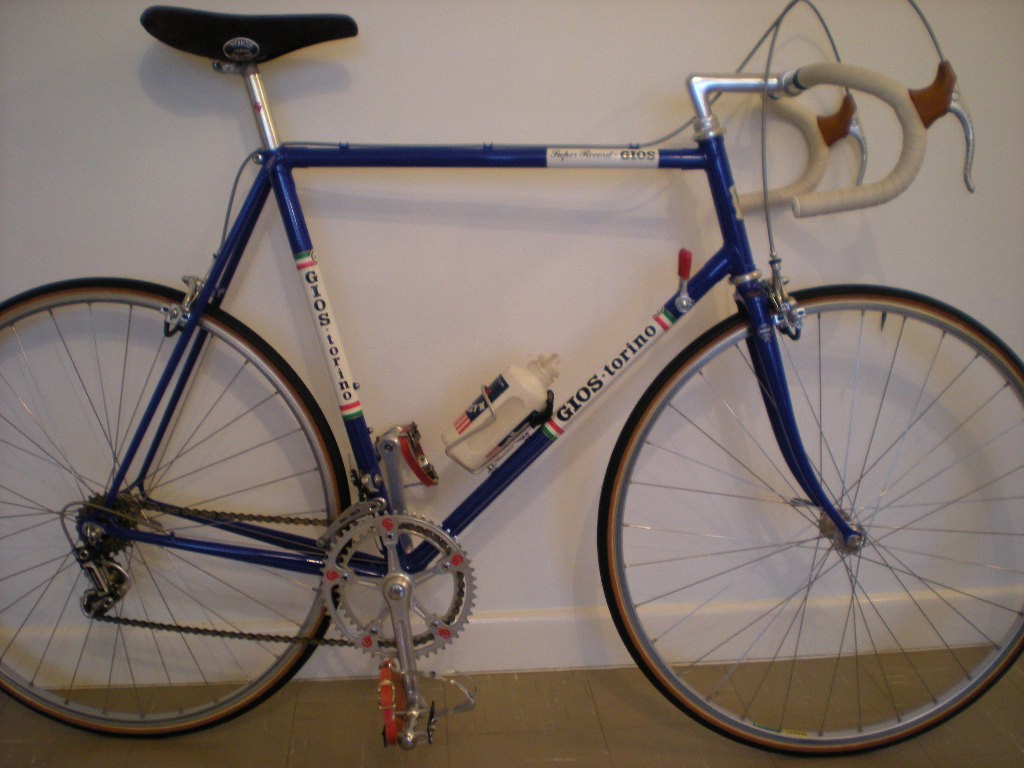 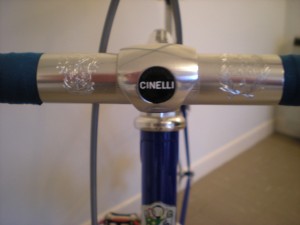 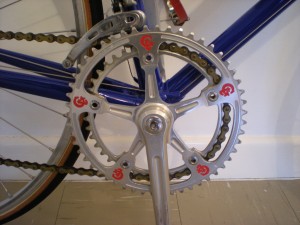 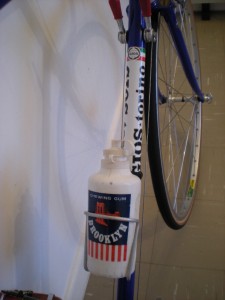 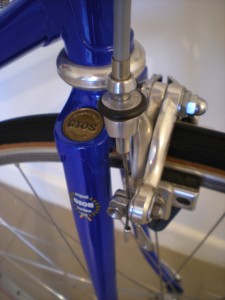 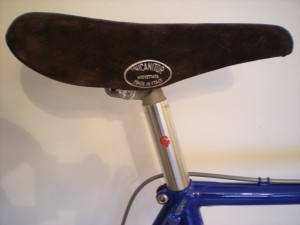 The cycle was featured in May 2004 issue CycleSport magazine. This followed a previous article on Roger de  Vlaeminck.     <SOLD>

I took the chainring, seatpost and subsequently several other items to Ken Short at Wimborne Engraving. He has been in business for over 30 years and is quite happy to do this type of work. Ken advises that he can copy from a photograph if necessary although having a metal product to work from is preferable. I found his prices to be very reasonable and he is willing to mail items if you pay the costs of course. He has to make a master initially and has the Gt logo along with Campa shield where I had a worn logo freshened up on 151 cranks. If you feel you do not want someone else ‘borrowing your pattern’, you may wish to take the job elsewhere.